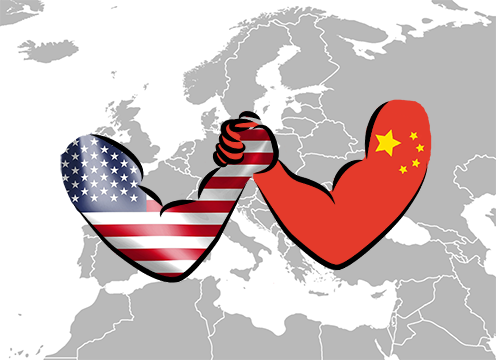 In this ThinkChina Policy Brief, Liselotte Odgaard, Professor at the Norwegian Institute for Defense Studies, investigates the strategic competition between the United States and China and analyses the implications for Europe. The US focus on Asian allies and partners and China’s focus on implementing the Silk Road model for global economic development place Europe in a security vacuum. Washington’s focus on the Indo-Pacific despite the outbreak of war in Europe questions the US willingness to defend the European continent. At the same time, China’s Silk Road entails challenges to the liberal economic and political world order, which makes Beijing a problematic partner for Europe. US-China competition leaves Europe with two choices: either Europe can opt for integration, which involves strengthening its common security policy and building its own defence, or face fragmentation, as states increasingly rely on individual security agreements.